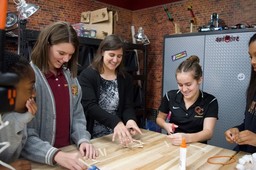 As a little girl, Olivia Lucchese used to sneak into her older brother's room and play with his K'Nex sets, fascinated by the way the interlocking pieces formed engineering marvels of speed and motion. That childhood curiosity in science was a harbinger: the OCS senior has been accepted into Massachusetts Institute of Technology this fall. She is considering a bio-engineering and pre-med combination major, hoping to be an orthopedic surgeon in prosthetics to help disabled veterans and injured athletes.

While at Oaks Christian, she has taken advantage of the science classes offered but noticed in the advanced classes there were fewer and fewer girls in the seats around her. 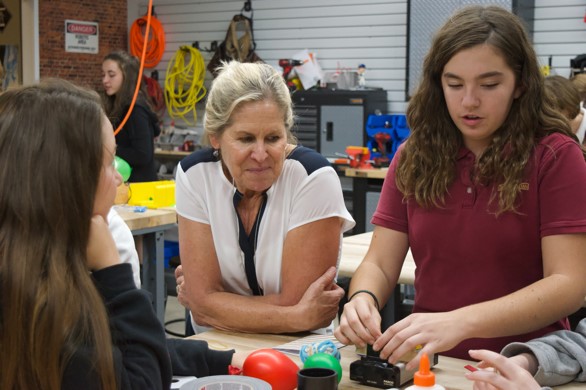 "In my physics class there were only 3 girls (out of a class of 20) and that felt lonely. I wanted to investigate what was going on and why girls weren't in these advanced classes. I wanted to find out what deters them," she shared.

While Oaks Christian offers ample opportunities for girls to take science, technology, engineering and math classes (STEM), she discovered many of her peers felt there was a stigma attached to girls who were interested in STEM.

"It was discouraging to me that girls weren't taking advantage of the opportunities Oaks Christian offers because they were scared how they would be viewed. For some reason, girls interested in STEM tend to be considered weird. People assume guys are good at STEM and girls should be more interested in English and the language arts. Some girls do prefer that, but there are many girls who like STEM."

"I was an engineer before I became a teacher, so I know first-hand how few women there are in STEM. When Olivia suggested we have an all-girls club devoted to STEM I was excited. It's nice for the girls to have the chance to explore that passion in a sisterhood setting," said Turk. "Having worked at an all-girls school before coming to Oaks Christian, I knew the difference it makes to have an all-girls situation versus co-ed. It's difficult to describe, but you can see the girls get more actively involved and take leadership roles." 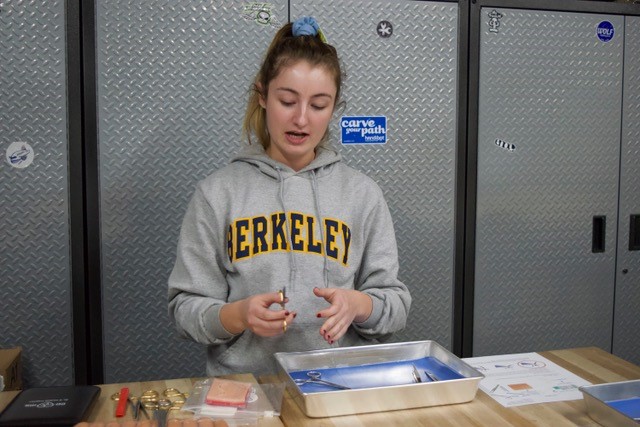 A cornerstone of the FemSTEM club is the mentoring component. Since middle school girls can be a little shy and intimidated by older girls, Lucchese made sure to implement a buddy system. There are 40 girls who are placed in high school/middle school pairings on outings to the California Science Center (Body World exhibit, Space Shuttle and IMAX) and the Griffith Park Observatory. The club is planning a future day at Disneyland with a lecture from an expert on the physics of roller coasters.

Discussion topics and guest speakers at the club meetings have covered structural engineering, chemistry, mathematics, and general engineering and physics.

"This is an incredible opportunity to bring middle school girls together and let them be mentored by high school girls, particularly at this age when they are so impressionable, and be encouraged to continue their pursuit of STEM. Seeing and hearing what the high school girls are talking about in STEM is lighting a spark in the younger girls," said Davis.

In fact, experts in STEM do articulate that such mentoring programs, particularly if started early, can help prevent the "leaky pipeline," a term describing how girls' curiosity and interest in STEM starts to diminish by the time they enter high school, sometimes as early as fourth grade. Published articles such as "Why Girls Leave STEM - And What You Can Do About It," debunk the notion that it isn't "cool" for girls to be in STEM. And nationwide programs such as Girls Who Code and The National Girls Collaborative Project are helping girls retain their interest in STEM, one of the fastest growing educational and career fields. 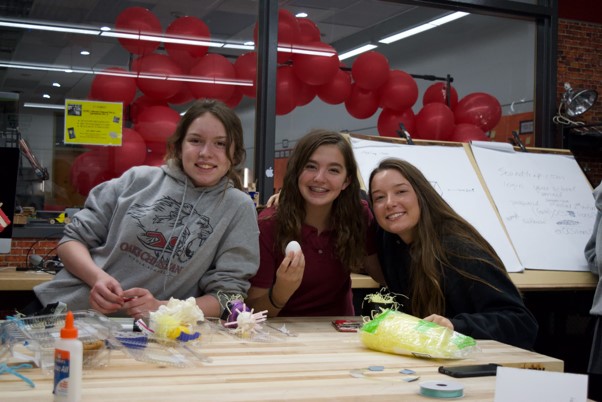 While the high school girls are focused on medicine, engineering, biology and chemistry, the middle schoolers' interests are widespread. One girl loves animals and was interested in veterinary studies, another loves being hands on through mechanical engineering. Lucchese hopes the club can give them exposure to lots of different areas so by high school they have a more defined direction once they enter high school, and even into college.

"Honestly, I was really shocked at the pure joy the middle school girls have for these areas! They are so excited and eager for every meeting. Parents have come up to me to share how excited their girls are about the club and how they talk non-stop about it. It just made me so thankful to have the opportunity to be part of this," she said. Lucchese says the most surprising thing about the club was the middle school girls themselves!

At a Friday afternoon meeting where they heard from a structural engineer, the middle school girls talked about the new club.

Elise Marnell, eighth grade, is thinking about a career in architecture because she likes engineering and drawing plans, but she enjoys the club because, "I get to try out different types of science and what kinds of things you would do in different careers and find out what I want to be in life."

Finley Shinnick aspires to be a surgeon one day. "I especially liked the medical side. I loved the day we got to practice sutures on a hot dog. Plus, we also have lots of fun with the older girls."

The club has been widely supported by faculty and administration and has also received a $1,500 grant from the Silicon Valley Community Foundation. To ensure a solid foundation in its inaugural year, the high school mentors had to be nominated by an OCS STEM teacher, and club membership was only open to sixth through 12th grade members. Next year, fifth grade girls will be invited to participate and there will be no nomination required to be a mentor, only a passion for STEM and the club's goals.