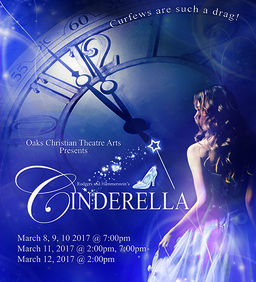 Furthermore, all participating schools are given an opportunity to send a leading man and leading lady to audition before a panel of judges who determine the winners for best actor and best actress. Sams and Frangos will audition before the panel for a chance to win those categories and represent Los Angeles at the National High School Musical Theatre Awards. Winners of those awards can then compete in the Jimmy Awards in New York City and perform on a Broadway stage.