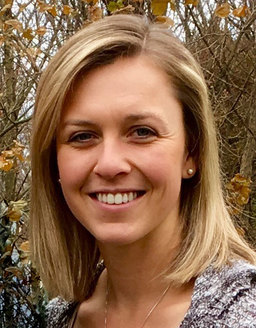 Oaks Christian School is pleased to announce the hiring of Katherine "KC" Emerson as the new high school girls varsity lacrosse coach. Emerson takes over the reins from Kirstyn Atkinson who led the Lady Lions last season before relocating to Northern California. Emerson is a solid addition to the strong OCS lacrosse program, bringing with her years of experience as both a player and a coach.

A standout player at Johns Hopkins University in Baltimore, Maryland, Emerson played defense for the Blue Jays for four years as the goalie and captain. In her senior year, she started in all 18 games and played 795 minutes in goal, posting a 7.01 goals against average and a .497 save percentage while going 13-2. She was named to an Intercollegiate Women's Lacrosse Coaches Association Second Team Regional All-American, and was also named to the IWLCA Academic Honor Roll. She graduated from Johns Hopkins with a bachelors in economics.

Additionally, she served as the president of the Hopkins Fellowship of Christian Athletes where she frequently coached camps and summer tournaments. Emerson has also coached five summers with the Maryland & District Lacrosse Club, and many other camps and clinics. Currently, she is the goalie and defensive coach for the Los Angeles Aces Club.

Emerson is thrilled to join the Oaks Christian athletic staff and coach lacrosse in a faith-based environment.

"I am most looking forward to teaching the girls how their faith fits into their athletics and how to be good stewards of the opportunities and talents that God has entrusted to them," she shared. "I'm excited to be a part of the Oaks family and for my team to be a platform to bring glory to God in the Conejo Valley."

One of her goals for the team is to establish a team culture founded on commitment, attitude, and hard work. She wants each of the athletes to be an ambassador for Christ and fully embrace 1 Thessalonians 5:11, which states, "Encourage one another and build each other up."

"And of course, to win some ball games!" she added.

Off the field, Emerson works full-time in real estate finance for PNC Bank and enjoys hiking, biking, and volunteering at her church, Agoura Bible Fellowship. She is newly engaged to Nick Weidhaas.