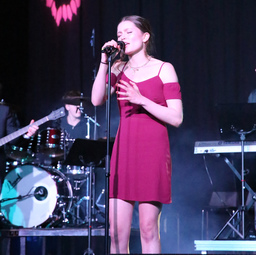 In the aftermath of the April 7 terrorist attack in Stockholm, students from Oaks Christian School's performing arts department were able to bring hope and lightness in a time of chaos and confusion.

Twelve students and five faculty members from OCS were in Sweden as part of a collaborative, global learning project with The Academy of Music and Business (AMB) in Sweden when a man drove a stolen truck into a crowded department store, killing four people and injuring 15 others.

The OCS students had just landed in Germany, before continuing on to Sweden to perform at the American Embassy in Stockholm. They were also scheduled to attend a reception held in their honor, at which the Swedish Royal Family has also been invited. After the horrific event, the OCS students showed their support for the Swedes by keeping their commitment to perform live at the US Embassy.

"It was definitely startling when we found out. We had just landed in Zurich and it really shook us up, "said OCS junior Catherine Matthews. "We didn't know how it would actually affect the people we would be working with as they might know someone who was hurt and be really devastated."

Despite those trepidations, the OCS group traveled on to Stockholm and were glad they did.

"When we performed at the embassy they said how touching our music was. We were able to bring momentary lightness during a time of confusion and darkness. It was really amazing how music can deliver optimism and hope for people during chaos," Matthews reflected.

AMB student Paulina Jonsson added, "Everyone was so shocked. We are not use to war and terrorism in Sweden. It meant so much to have the Americans gather with us and pray for the people that were there at that time. It was a very grateful moment."

The OCS group was also deeply touched by the hospitality and graciousness of the Swedes living through such terror.

"They totally wrapped us in their culture with love and our shared passion for music," Matthews said. "In the fear, music was something that unified us despite our language and cultures. It broke all boundaries and that was really touching."

And now the OCS students had a chance to repay that hospitality by hosting 12 Swedish students who visited the Oaks Christian campus last week. This international union culminated in joint performances on two nights, April 20 and 21 titled "Spring Spectacular: Powerhouses of Rock and Pop." It featured over 130 instrumental and vocal musicians performing songs that have been recorded or written by American and Swedish artists and songwriters.

"What was most impactful about this trip was the gift of collaboration," said Matthews. "I've always been good about collaborating and exploring new boundaries, but to be doing it virtually for several months, using technology and communicating with people so many miles away was fantastic. Then to be able to execute in person with them was really cool." 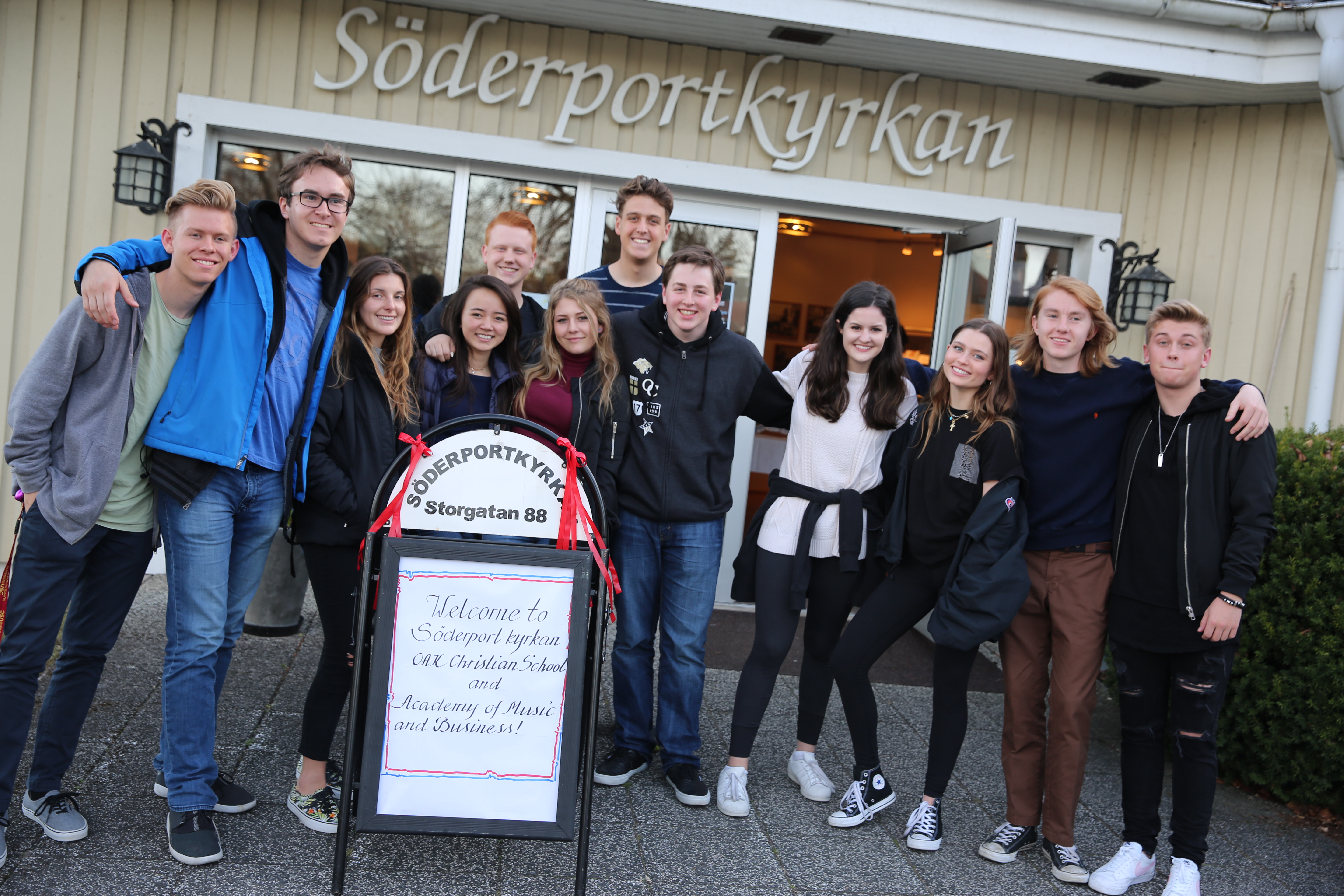 The collaboration is the result of the OCS performing arts faculty seeing how the music industry is rapidly changing in a digital age, and asking the questions "What are we preparing our Oaks students for?" "How can we update our method of music education?"

A few years ago, OCS was approached by OCS alum, Andrew Lerios, who had been connected with two men, Andreas Carlsson (writer of "I Want it That Way") and Magnus Lundin, Swedish artists and educators who were asking the exact same questions. These men were dreaming of a school in their country of Sweden where musicians could come collaborate with other musicians, hone their skills, and basically learn how to be entrepreneurs by developing their brands and marketing their talent.

They subsequently launched the Academy of Music and Business, and it immediately became a smashing success. This school concentrated on the areas of morals and ethics for artists, collaboration, performance practice, marketing, and branding. OCS faculty soon realized that Oaks Christian Performing Arts could benefit from collaboration with such a school, and so began the Oaks/AMB Pilot Project.

"We are honored to have begun this journey with our friends in Sweden. What started out as an idea over two years ago became reality for 12 of our Oaks Christian high school music students who collaborated for several months with 12 top Swedish music students via a new online recording platform, Soundtrap. The end result was an amazing trip overseas and one incredible live concert featuring young, emerging pop artists from two different nations," said OCS Performing Arts Chair Mary Kay Altizer.