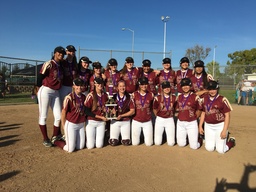 In the first championship round game, Lexi Berg pitched a five-hit shutout in a 2-0 win over Heritage. Maya Brady and Katie Simonsgaard each went 2 for 4. Kayla Ketring was 2 for 3 and Lucchese had a triple.

In the championship game, the Lions beat Sierra Canyon 4-1. Brady was 2 for 3 with a double and two runs scored. Quezada and Ketring each went 2 for 4 with an RBI. Taylor Johnson was 2 for 4. Jacqui Sobel allowed just four hits in a complete-game win.

Quezada, Simonsgaard and Brady made the all tournament team with Brady being selected as the tournament MVP.