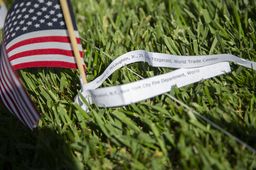 On the 17th anniversary of 9/11, Oaks Christian students joined millions of other students nationwide to pause and remember the nearly 3,000 victims and first responders who lost their lives in the terrorists' attacks on America on Sept. 11, 2001.

While the horrific events of that day are seared in the collective national conscience, how does an individual person not even born (or just an infant) back then Never Forget something they did not experience?

That was the question that intrigued 17-year old OCS senior Christian Mayer, only four months old when the attacks occurred.

Although he isn't old enough to vote yet, Mayer has a deep love for his country and hopes one day to serve as a United States Navy pilot. His patriotism and family history of immigrants "saved by the United States," in post World War II days propelled him to think deeply about 9/11. 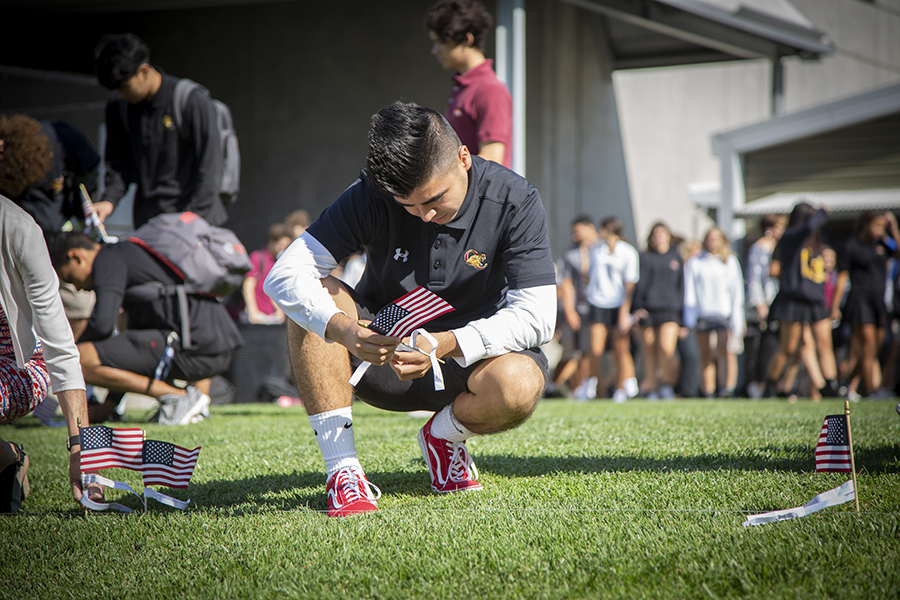 "What's strange to me is not that we don't treat the day with the reverence it deserves; we do. But since many of us weren't even alive we don't remember. So, I think the issue is we have this mindset that if we didn't experience it, it doesn't affect us. I struggle with that mindset," he shared, "My senior class is pretty much the last class to be alive during 9/11 and we cannot forget what happened. That's how injustices of the past are repeated: people do not remember them."

Rather than just hope his peers would not forget, Mayer decided to act.

The summer before his junior year, he attended a Young Americans Foundation camp along with Nikolai Arrasmith, OCS Class of '17. At the camp, they learned that colleges were doing flag tributes to 9/11 victims, but not necessarily high schools. The pair thought it would be moving and fitting to plant nearly 3,000 flags with each victim's name and hometown and create a Field of Honor on the OCS lawn on the anniversary of 9/11. The logistics—where to buy flags, the cost, getting a list of those who perished, how to label them, how to organize the event—seemed daunting.

They knew they could not do it alone, so they enlisted the help of High School Spiritual Life Director Rich Gregory. With the blessing of Head of School Rob Black, Mayer assembled a team of students who spent hours after school and on the weekend prepping the flags. Last year, 2017, was the first year the project debuted. 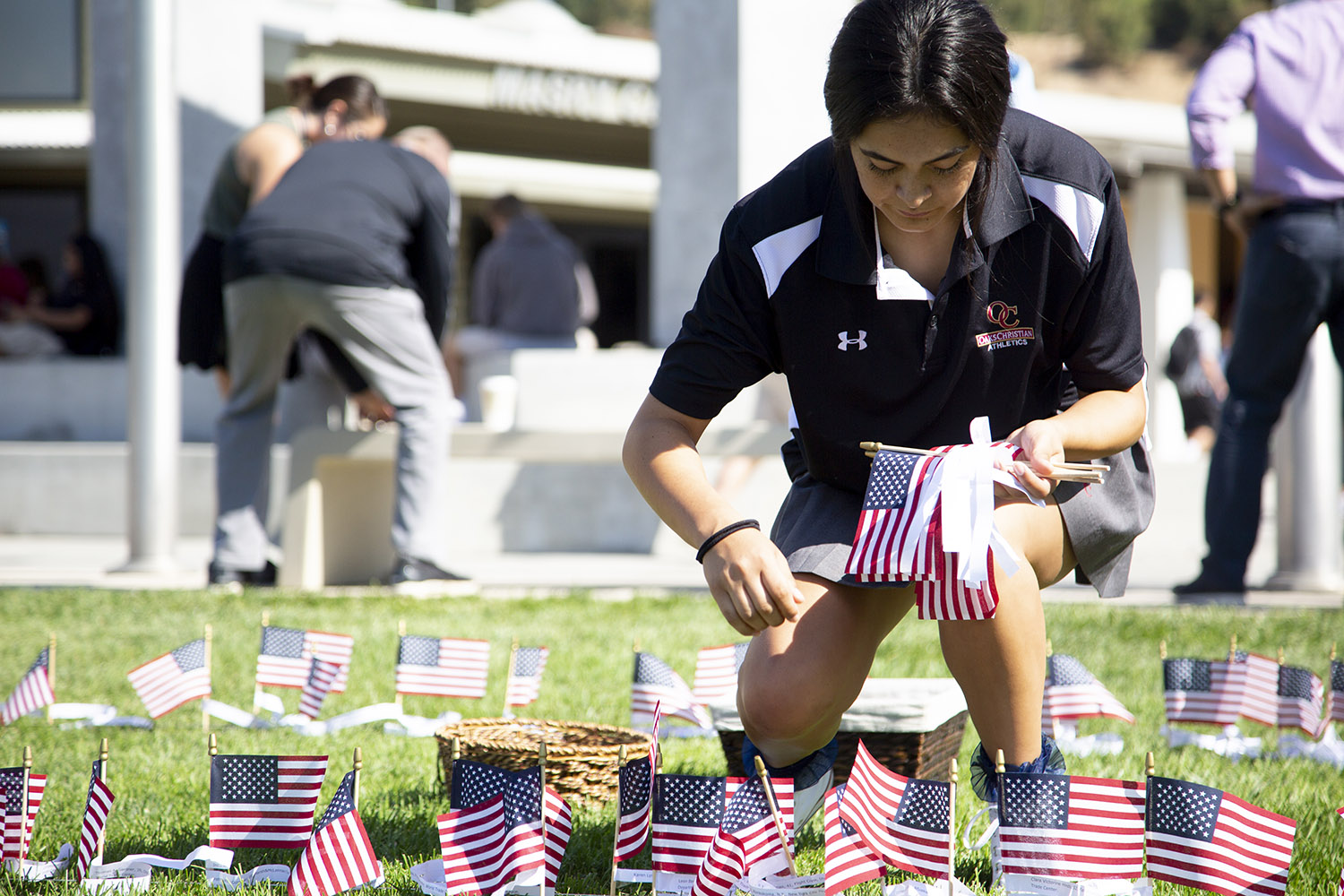 "I thought we might have bought too many flags for the number of names, but we actually ran out of flags the first year," he shared.

Now, in its second year and with the mechanisms of the event smoothed out, Mayer is focusing more on the goal of the event.

"I hope that as students plant a flag and read the name attached they will realize these were real people in hometowns like ours, people who died and how serious the tragedy was."

His efforts seem to be paying off. Several freshmen, not even born on 9/11, reflected on the day.

"Seeing the photos was really sad, but it put things into perspective of how terrible the event really was and how it affected so many people and their families," said Elise Marnell.

Betty Weaver added "I thought it was a great ceremony to learn how important this is for our country to remember."