The Class of 2017 had the distinction of being the 15th graduating senior class at Oaks Christian School. They carried on the standard of "Minds for Leadership and Hearts for Service," as well as academic excellence, artistic expression and athletic distinction.

Ninety-eight percent of graduates were headed to college and 97% were admitted to a four-year college or university. Two enlisted for military service in the United States Marine Corps and the United States Air Force Academy. Students had a passing rate of 88% for AP exams, with an average passing score of 4, and scoring averages of 1270 on the SAT and 27 on the ACT.

Additionally, students were headed to universities in 29 states and two countries. As they left California, they did so with $6.5 million in merit-based scholarships. Among the graduates, 50 were pursuing a degree in STEM, and 18 were declared art majors. The Class of 2017 had a total of 50 athletes who signed a Letter of Intent to play collegiate sports, the largest ever at Oaks Christian. Not only were they scholars and athletes, but they were servants with a collective total of 15,000 community service hours over the year. 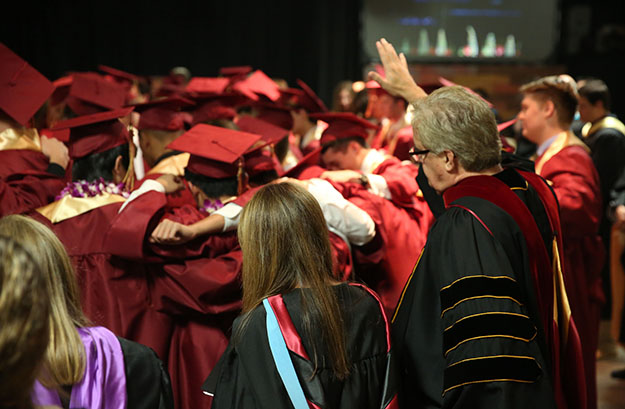 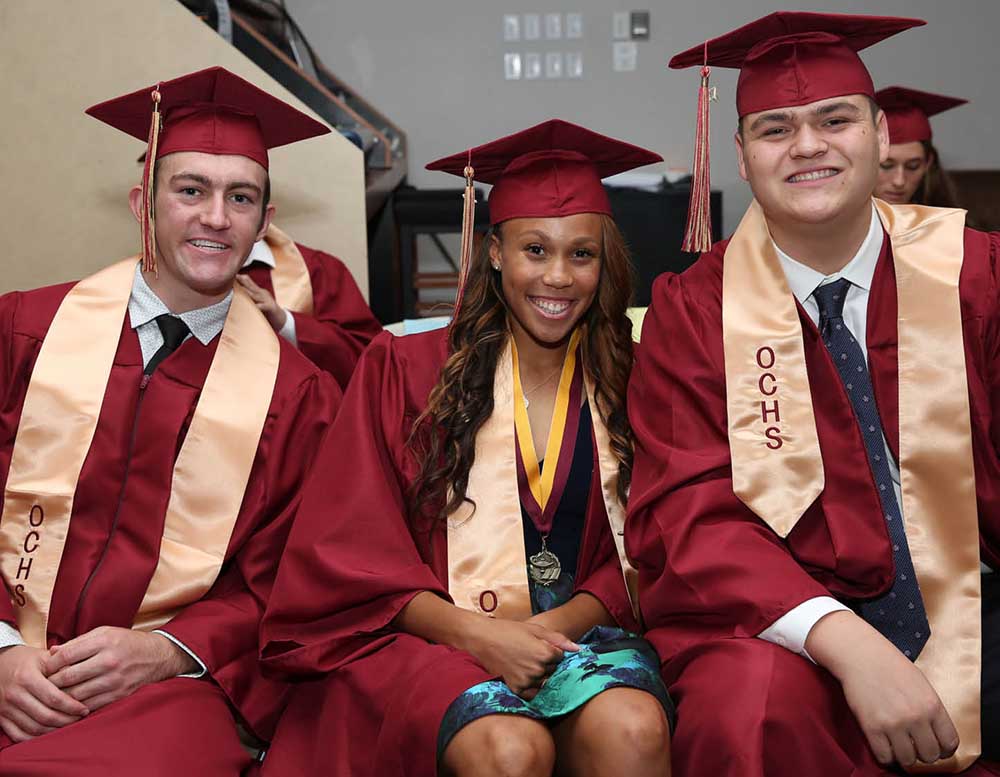 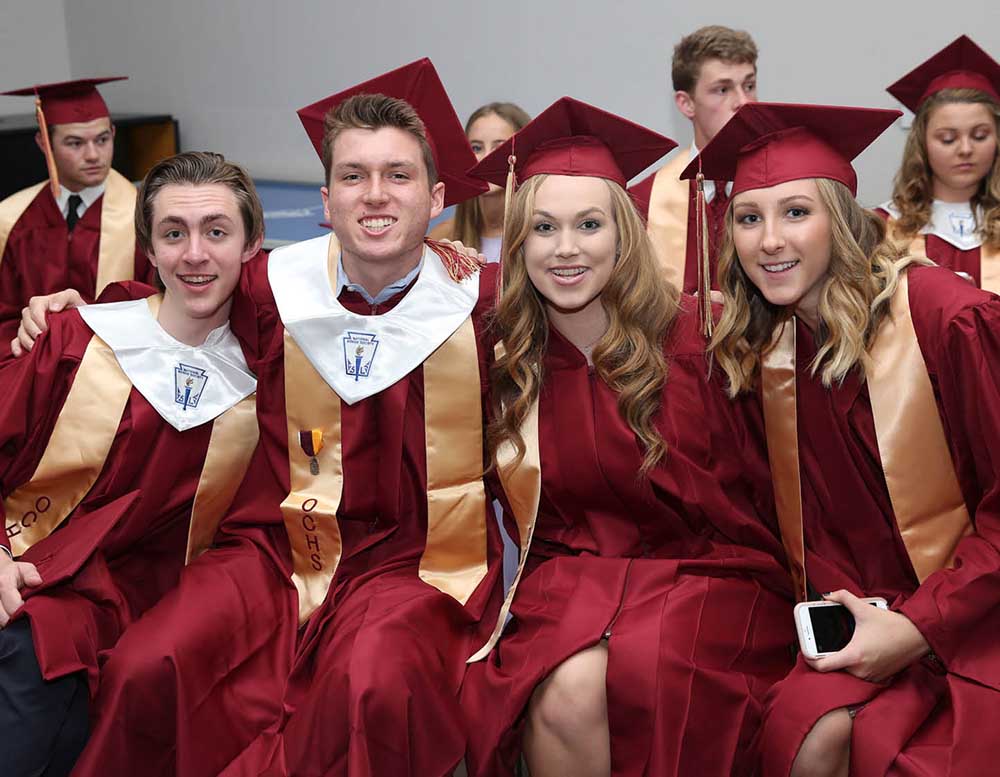 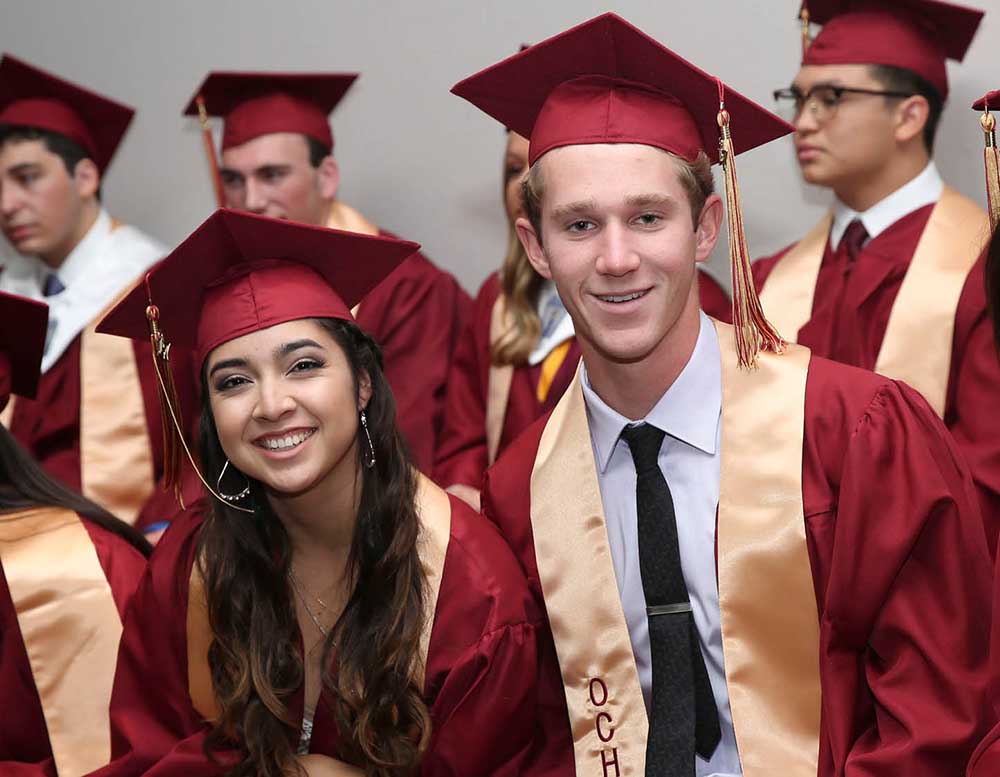 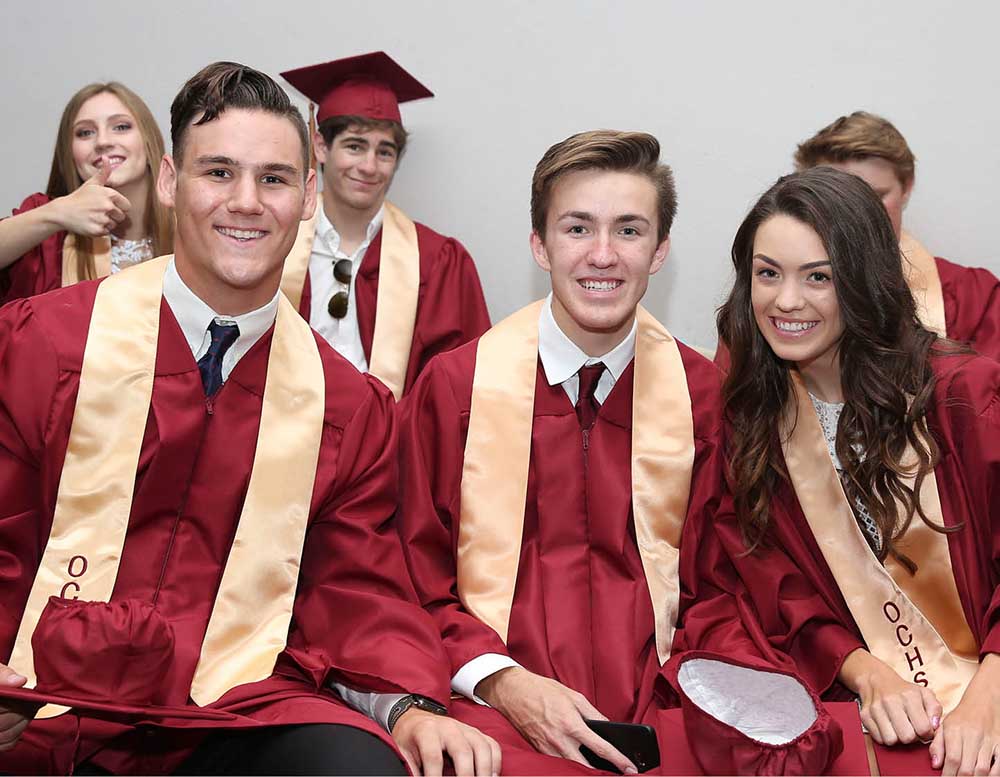 Back to Stewardship Report Home